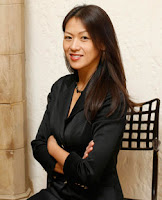 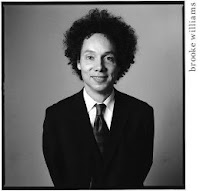 I am currently at the Phi Theta Kappa Honors Society national convention with the chapter that I advise. Today's programming at the convention was especially exciting for me, and I was TOTALLY nerding out, because the speakers were Amy Chua and Malcolm Gladwell.  I love hearing authors speak, and I'm a pretty big fan of speakers at conferences in general (I know, SO NERDY).  I haven't read a complete book by either author, but I have heard lots and lots about them, so I felt pretty confident that I had a basic idea of what they would be talking about going in.


Chua's talk started out with a description of her meteoric rise to the national stage after the publication of Battle Hymn of the Tiger Mother, and of both the negative and positive feedback that she received.  She used her own experience of being raised by traditional Asian parents and her experience of being a parent of an American teenager to segue into a discussion of the topic of her talk (and Gladwell's), which was "The Culture of Competition."  She listed eight ways for the students in the audience to become productively competitive, and there were quite a few stand out points for me.  She was very focused on the connection between hard work and success, which was also a clear theme in Gladwell's talk.  She suggested also that being successful requires learning from other's successes, both on a personal as well as a national scale.  I've just started reading Battle Hymn of the Tiger Mother, but hearing her speak made me excited to read it.

And then there was Malcolm Gladwell, who I haven't read much of (articles and things), but who I was so excited to see speak that I was bouncing around in my seat a little.  He also addressed the idea of compeition and how to be a successful competitor, using  Fleetwood Mac as his primary example.  He talked about the ideas from Outliers mainly, and about our assumptions that talent is something that is innate and how we are damaged by those assumptions, as they prevent us from working on our weaknesses, which is the place where truly productive learning  happens.  The format of his talk was also  a list of lessons, and I was really impressed by his public speaking ability (no notes at all).  He was also really funny**, and used great examples that I think really spoke different members of the audience.

I really enjoyed both hearing both speakers, and I think that the biggest take away for me was the idea that hard work isn't just about building one's strengths, but about confronting, and earnestly working to improve one's weaknesses.

I know that this post is a little different than my usual reviews, but I love seeing author's read and/or speak so much that I really wanted to post on this.  Have you seen any particularly memorable speakers or readers lately?