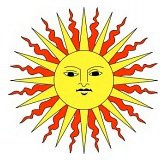 As I was breezing through my Google Reader this morning, I saw someone's blog about mothers in literature, which sparked my idea for my post.  Now I can't remember whose blog that was, so I give them abstract credit and good intentions.  If it was your blog, or you also posted on mother's in literature today, leave a comment and I'll link your post.

Anyway, since it is Mother's Day, I thought I would appreciate some of the mothers -- good, bad and ugly, but all memorable-- in literature and film.  Here are my top ten literary mothers:

P.S.  This post is full of SPOILERS about these books/movies, so consider yourselves ALERTED. 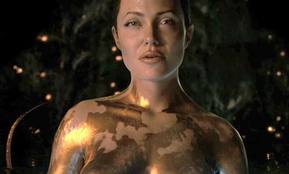 1. Grendel's monster mother in Beowulf: Freud would have loved the CGI interpretation of the mother of the monster Grendel in the recent film version of the medieval epic.  Here she is described in the text (from the Heaney translation):

Then it became clear,

obvious to everyone once the fight was over,
that an avenger lurked and was still alive,
grimly biding time.  Grendel's mother,
monstrous hell-bride, brooded on her wrongs.

He also describes her as "grief racked and ravenous, desperate for revenge" and as a "hell-dam."  Of course, Grendel is a fatherless monster, and if he is pure evil, then his mother must be even worse, right? 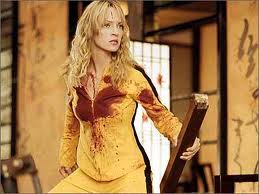 2. " The Bride" in Kill Bill Vol.
1 & 2: "The lioness has rejoined her cub, and all is right in the jungle."  It is with this line at the end of Quentin Tarantino's epic revenge saga that tells us for sure that  Uma Thurman's, "Bride" is first and foremost a mother.  Another vengeful mother.

3. The mother (can't remember her name) from Gillian Flynn, Sharp Objects:  This book is a horror/thriller about a young girl that is constantly ill. Well it turns out it is because of her mother, who has Munchausen Syndrome by proxy, and is making her daughter sick.  Creepstastic.

4. David Small's mother in Stitches:  David's mother probably won't be winning mother of the year anytime soon; however, his graphic memoir is all about coming to terms with the reasons that she won't.  His mother has suffered all her life from a debilitating heart condition and internal struggles that David cannot realize, or empathize with, until he is an adult himself.  The result of his struggle to accept his parents' decisions is a beautiful and frightening journey towards understanding in the form of his graphic memoir. 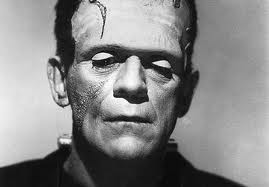 5. Dr. Frankenstein from Mary Shelley, Frankenstein: This might seem like a strange choice for the list; however, I read Frankenstein as a book that is very much about the anxieties of motherhood.  A young, pregnant Mary Shelley wrestled with the responsibilities associated with reproduction and creation through the tale of a man and his monster.

6. Mrs. Bennet in Pride and Prejudice:  If there were stage mothers in the 19th century, Mrs. Bennet might have been one.  Here is Austen's description:


She was a woman of mean understanding, little information, and uncertain temper.  When she was discontented she fancied herself nervous.  The business of her life was to get her daughters married; its solace was visiting and news. 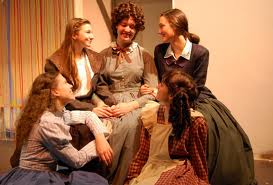 7. Marmee March in Little Women:  In contrast to Mrs. Bennet, Marmee March wants her girls to be whatever they want to be, letting them put on plays and write books.  And look how much they like her.

8. Sethe in Beloved: The birth-in-the-river scene in Toni Morrison's, Beloved is one of the most memorable scenes in any book I've read.  Certainly giving birth is a big part of motherhood, and can you imagine this?


She never made the outhouse.  Right in front of its door she had to lift her skirts, and the water she voided was endless. Like a horse, she thought, but as it went on and on she thought, No, more like flooding the boat when Denver was born. So much water Amy said, "Hold on, Lu. You going to sink us you keep that up." But there was no stopping water breaking from a breaking womb and there was no stopping now.

9. Babette from Don DeLillo, White Noise:   Babette is my favorite female character in any book I've read.  I know, she is a strange choice.  She is is warm and sensuous, and according to her husband Jack, "[emits] a creaturely hum."  She is also a mother to some extraordinary children. 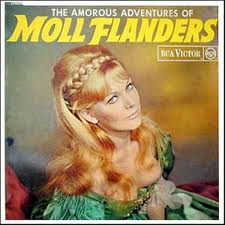 10. Moll Flanders from Daniel Defoe, Moll Flanders: How could I not include good ol' Moll? Moll Flanders is the quintessential absentee mother, uses her unborn children to get out of prison, and she's a prostitute.  If I'm going to believe answers.com, she has twelve children, but from my own reading, I remember she has a lot.  She sees marriage as a transaction of the monetary variety and often abandons her children in her wake.  No wonder no one thinks she is a very good mother.

I personally have a lovely mother and I got to spend some time with her today.  I hope you all had time with loved ones as well.  Enjoy the upcoming week!